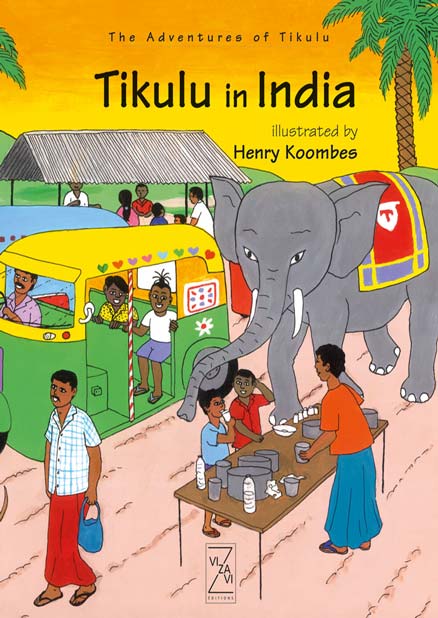 Hammerkop’s uncle, who has just come down with a bad case of the flu, asks his nephew and Tikulu to go to India instead of him to deliver vaccines against polio. Once in India, the two children realise that the bag with all the vaccines is no longer with them… They immediately set off to look for it…

Tikulu in India, written by Pascale Siew and illustrated by Henry Koombes, is the 13th picture book from the collection “Tikulu’s Adventures”.

This particular picture book has had two editions: a “normal” edition for the supermarkets and bookstores while the other, with the mention “special ROTARY”, was intended for all the Mikado shops throughout Mauritius – as an effort to raise money for a vaccination campaign against polio in 2012.

Because ROTARY International has the desire to eradicate polio, ten Mauritian Rotarians went to Bihar in February 2010 in order to take part in the National Immunization Day in India. Thanks to that initiative, 3000 children were vaccinated against polio. One year later, under the guidance of Jean-Yves de Fleuriot, they contacted Editions VIZAVI because they wanted to share their marvelous experience. A few months later, Tikulu in India was born.

This picture book is easily recognisable because it has a blue banner with the Rotary’s logo on it. For every “special Rotary” book bought, ten children will be vaccinated against polio. However, the “normal version” of the picture book has no blue banner. 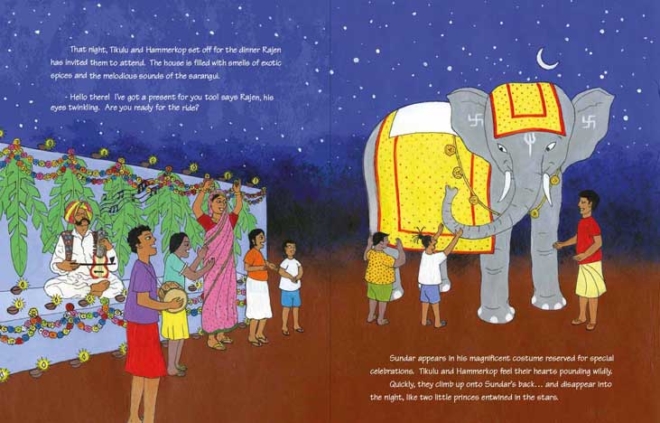 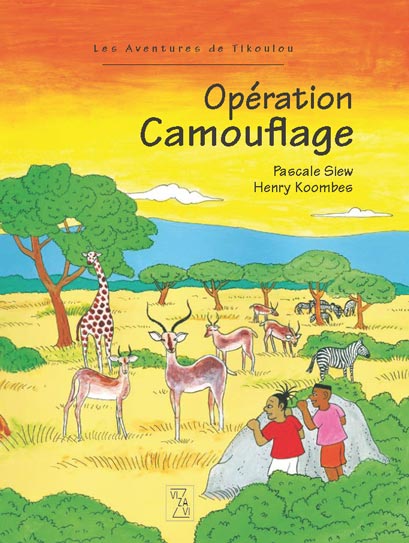 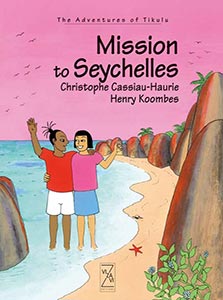