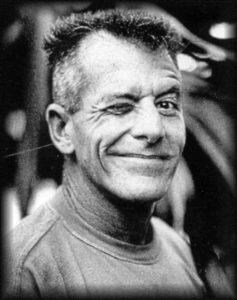 How did you come up with the idea of ​​the character Tikulu? ?

Henry Koombes :
It was a long time since I had the idea of ​​this character. I even named and drew it before Pascale (the publisher of the Tikulu series) contacted me for a book. As soon as I introduced Tikulu to Pascale, she loved it, still wondering what that name meant. It is according to the Creole expression ‘It’s strong as a nail’ that came to me the idea of ​​Tikulu, which means ‘Little Clou’ and thus embodies a strong and valiant personage.

Why a creole character? ?

Henry Koombes :
Already because I feel close to the creole community. I’m a fan of reggae, that’s why Tikulu is a little Rasta (hence his hairstyle). And even if it’s the fruit of my imagination, it represents a beautiful and well existing community in Mauritius. A woman even asked me one day if I drew Tikulu from an existing person because she had just seen someone cross the road that looked like him strangely! The proof that Tikulu is like a part of the population. The least valued and represented, by the way …

What are your best sources of inspiration for creating the character’s universe?

Henry Koombes : The environment in which Tikulu evolves is Mauritius. It’s therefore the Mauritian images that I reinterpret that constitute the universe of the character. For the rest, I have to compose according to the text given to me because it’s from the text that I draw the images.

How much time do you spend producing an album? ?

Henry Koombes : In total, I spend 5 months minimum. My work steps depend a little bit on the pace I’m going. The text is divided into 13 parts, there are 13 drawings to realize. I work them one by one, first in pencil. This first stage of ‘staging’ (disposition of characters, text …) takes me between 2 and 3 weeks.

Once the drawings validated by Pascale, I put them in color. I use acrylic paint (unlike other comic artists who use gouache). I finalize the work by creating the contours at Rotring, an architect’s pen that allows uniform strokes and ink color everywhere. These last two steps take me in total 4 to 5 months, knowing that I devote 10 days to each drawing … A real work of precision and meticulousness!/span>

When the boards are finalized, it’s necessary to scan the drawing and to finalize the work of the colors with a graphic designer. The latter thus searches on his computer the digital color closest to the actual color, which is a necessary step for the realization of the files that will be sent to the printer.

How did you become an illustrator ?

Henry Koombes :
Basically, I’m a visual artist. I also worked in textiles: I drew patterns for curtains, T-shirts … It was a real school in the sense that I had to learn to master the drawing in flat, that is to say say the same type of drawing as for a comic. After imagining the character of Tikulu, I met the publisher Pascale Siew and that’s how started the adventure Tikulu!

hat messages do you want to convey through Tikulu albums ?

Henry Koombes : More than messages, these are values ​​that I wish to convey: friendship, the love of nature, the preservation of the environment. As Malcolm de Chazal said, which is one of my references, children make elements of nature that surrounds their friends. The same goes for Tikulu, who considers animals, flowers and trees around him as friends.

Another element that seemed important to me was to represent all the communities present in Mauritius. That’s why I surrounded Tikulu with characters of various origins, and chose myself the names of Kasskot, Dimoune and Gromarto.

How do you relate to the character ?

Henry Koombes :
It’s a character and a universe that I love a lot. Although I give tracks, ideas or evokes old Mauritian legends which can be inspired (as for The Treasury of Tikoulou), it’s not me who evolves the character. I draw according to the texts that are transmitted to me.

Any ideas? leads to the next album? ?

Henry Koombes :
With Pascale, we would like a Tikulu adventure to take place in Africa. We have already identified in Lindsey Collen the potential author of this album: besides being South African, she’s a very good writer! There will certainly be a Tikulu in the Comoros.

Tikulu is a very popular character with children … How do you explain it ?

Henry Koombes :
Yes, he is known but not necessarily small Mauritians because he is not present in public schools or libraries. Many albums are sold to tourists. Remains to really seduce the Mauritian children, for whom the book remains synonymous with suffering because associated with an obligation. This perception would have to change and the book might be considered a distraction. An evolution in this direction is beginning, thanks in particular to the Centres de Lecture et d’Animation Culturelle (CLAC), para-public organizations present in Mauritius and Rodrigues.